Reinach, Switzerland, 13.12.2022 – The Open Industry 4.0 Alliance has reorganised itself as part of the annual general assembly held on 9 December 2022. Dr Christian Liedtke, responsible for strategic alliances at KUKA, will take on the role of Chairman of the Board at the Alliance with immediate effect and will also act as spokesperson in this role. Hans Huber, Managing Director Industrial Internet of Things at Endress+Hauser, and Dr Marius Grathwohl, Vice President Digital Products and Transformation at MULTIVAC, will support Dr Christian Liedtke as part of the Alliance's Executive Board. Nils Herzberg, former spokesperson of the Alliance and member of the Executive Board, will leave SAP at the end of the year and thus relinquish his role within the Alliance. He will be succeeded by Georg Kube, Global Vice President at SAP, as a newly elected member of the Executive Board.

Since its foundation in April 2019, the Open Industry 4.0 Alliance has grown to more than 100 member companies and is increasingly establishing itself in European industry circles as a "practitioner and implementation alliance". With its new set-up, the Alliance will continue a consistent course of growth. The central building block is further internationalisation to support European industries in meeting global challenges. Whether it is the EU Data Act, resilient supply chains, carbon footprint reduction or requirements for the circular economy - the most urgent business and industry issues can only be addressed together, internationally and in a network.

“In 2023, the Alliance will enter a new phase,” says Dr Christian Liedtke. “In particular, we will continue to drive forward our internationalisation plans with an initial focus on Europe. After the successful launch in the Netherlands, Denmark, Belgium and Italy will follow.”

The Alliance is replicating its established model for Germany and the Netherlands to support further internationalisation. In Denmark, the Alliance is already working with ministries, associations and research institutions. “In addition to the steady rate of internationalisation, the Alliance continues to intensify its cooperation with German governmental organisations, associations and federations,” adds Dr Christian Liedtke.

Alliance pushes ahead with further professionalisation

As part of its reorganisation, the Alliance is also undertaking further consolidation which has seen the foundation of the Open Industry 4.0 Implementation GmbH. The new service company has five full-time employees and Ekrem Yigitdoel has taken over the management of the GmbH in addition to his function as Managing Director of the association.

“The Alliance's broad focus in many sectors and technologies has proven its worth. Our primary goal remains establishing ourselves as an implementation alliance of practitioners,” says Ekrem Yigitdoel. “Today, most industry associations and standardisation bodies understand that we are not in competition with each other but complement one another.”

“The strengths of the Open Industry 4.0 Alliance are visibly perceived in the market and the Industry 4.0 community. I am therefore very pleased to be able to actively support the further development and establishment of the Open Industry 4.0 Alliance in Germany and internationally, as a new board member,” says Georg Kube, Global Vice President at SAP. “On behalf of the Alliance, I would also like to thank Nils Herzberg very much. He was the driving force in the founding phase and launch of the Alliance.”

Dr. Christian Liedtke, Chairman of the Board at the OI4 and Head of Strategic Alliances at KUKA 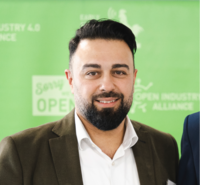 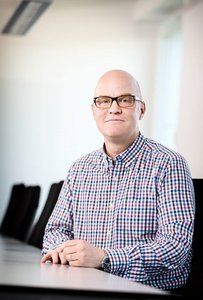 About the Open Industry 4.0 Alliance:

The Open Industry 4.0 Alliance acts as a partnership association of leading industrial companies that pragmatically participate in the implementation of cross-vendor industry 4.0 solutions and services for manufacturing plants and automated warehouses. In industry and technology working groups, industry experts develop use cases and implement them technically based on the OI4 reference architecture. These solutions, along with implementation guides, are shared in the community and made available outside the Alliance. The Alliance was launched in April 2019. The seat of the association is Reinach, Switzerland.